The WHO defines prematurity as the children born before the week 37 of pregnancy, after the mother has had her last menstrual period. 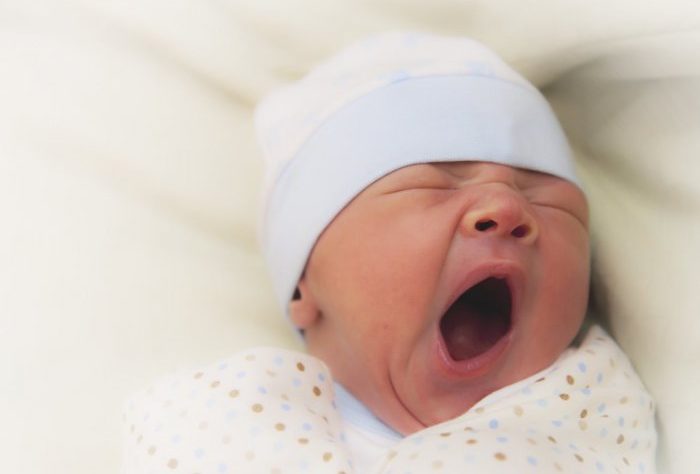 It`s pretty common for premature babies and have an intrauterine growth restriction, which effects the established prognosis negatively. Survival rates can be misleading because it varies a lot between the following units. – Read more!

The child who is small in gestational age may have little subcutaneous fat and it`s possible that the skin is wrinkled.

Because the mortality rate has dropped, emphasis is placed on perinatal intervention to reduce long-term morbidity, especially to prevent brain injury and abnormal development. The baby born prematurely need to face an increased number of issues, which may be more accentuated if the baby suffers of intrauterine growth restriction.

All these problems can be solved by a neonatologist, but if the baby is discharged and taken home with the family, it doesn`t mean that the problems are over. Babies before term will most likely have a few or no problem on the long term, unlike those who were born very early, who needed to fight a lot to survive and suffer of more serious complications.

Morbidity is inversely proportional to gestational age. However, there`s no gestational age to be exempt from this issue. Severe diseases, such as cerebral palsy, deafness or blindness, may affect between 10% and 15% of babies who were born before term. There is some evidence that the cerebral palsy incident occurs in babies born between weeks 28 and 31 of pregnancy.

The figures on the outcomes of rehabilitation when premature babies are concerned should be interpreted with caution.

Intrauterine growth restriction may have an essential effect in premature babies, influencing the development of the brain and leading to poor IQ. Infants who were born before the week 33 of pregnancy continue to show a lack of brain development when they are younger as well as an outbreak of growth when reaching the threshold of adolescence.

About 1 in 4 children, with a weight of below 1.5 kg at birth, suffer from peripheral or central hearing impairment, or both.

Infants undergoing premature examinations or treatments for retinopathy of prematurity have improved their structural functionality over those who receive conventional tests or don`t receive them at all. However, due to the higher number of premature babies who have a low birth weight the aggressive prevalence of prematurity retinopathy has increased.

There`s a study that shows that 66% of children under 1.25 kg developed retinopathy of prematurity, but only 6% of them required any treatment.

Premature babies may experience dental issues, which may include teeth that develop out of place, tooth growth or changes of tooth color.

Some infants born prematurely may experience infections more easily than others. These may include meningitis (brain infection) or pneumonia (lung infections). – Click on this link!

Admissions to the Children`s Hospital

Children with low birth weight (500g – 999g) have more readmissions to the hospital as they have a lot more health issues than other babies. These problems include respiratory issues, which is also the main cause for these readmissions.

Neuromotor and cognitive deficits at age 5 occur more with the decrease in gestational age. A lot of these children require a special care level.

Another study has analyzed children with ages of 7 to 8 years old who were born before the week 32 of pregnancy and were able to attend a normal school. They were compared to those normally born of the same age.

Although most disabilities have been reduced, studies show that they are pretty much the same as babies born prematurely 10 or 20 years ago, despite technological advances.

As long as the premature baby is at neonatology, the medical staff can help you with guidelines about how to take care of your baby at home:

When you`ll take your baby home, you should already have all the basic notions about his special needs, and any time you have questions or need more details about a certain thing, talk to your doctor to be better informed. – Click here!

Usually, the pediatrician talks to mothers about the possible health issues of premature babies. Otherwise, the uncertainty of the parents is troubling, so ask questions every time you need a answer for something you aren`t sure.

A lot of the things parents learn from the press about learning processes and children`s behavior are based on studies which target the youngest and most infantile babies who have the greatest risks.

Can You Take A Pregnancy Test During Implantation Bleeding
How To Get Rid Of Linea Nigra After Giving Birth?
How Do High Prolactin Levels Affect Fertility?
34 Weeks Pregnant