The word “inappetence”  comes from the French word “inappétence,” which represents lack of appetite, found in chronic, digestive and febrile illnesses. The term is synonymous with “anorexia,” but it`s different than “psychogenic/nervous/mental anorexia,” the latter denoting the repulsion of food, associated with a total loss of appetite and occurs most commonly in the teenagers obsessed with body weight (around 80%). 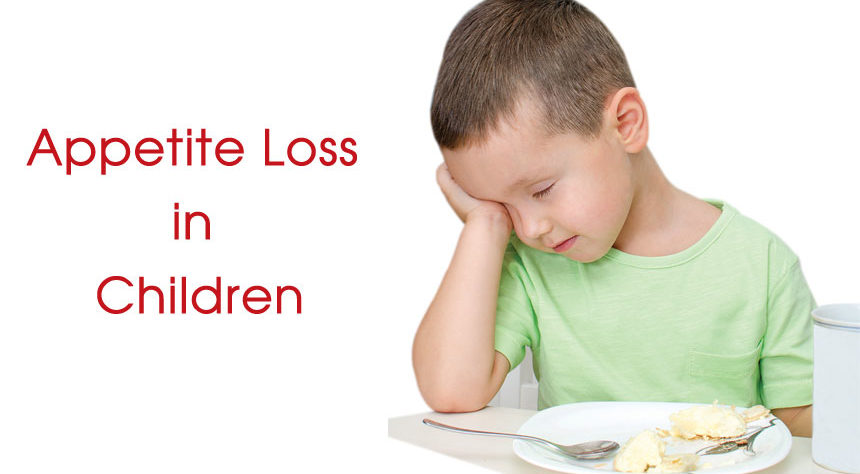 It exists in the brain, in the hypothalamus to be more exact, a center of hunger and one of satiety, both of them conducting the eating behavior of each individual. The sensation of hunger is triggered when the stomach is empty (due to the increased level of acidity in the stomach), just as when the level of essential fatty acids and blood sugar decreases. The sensation of satiety occurs when these needs are satisfied.

If the regulation of appetite is normal, it`s noticed a correlation between the need to ingest, the energy necessities and, the child`s needs of growth. Inappetence appears when this imbalance is disturbed, and the immediate consequences can involve: weight loss, stagnation of growth.

You should keep in mind that each organism is unique in its own way, and its needs vary from one individual to the next. So, there are children physiologically eat more (the calm child who doesn`t perform intense physical or mental activities) and children who eat less (the active child who usually has intense physical or mental activities, due to increased metabolism, which leads to increased levels of blood sugar) from one season to another. Thus, inappetence appears more often.

It should be mentioned that appetite suffers changes from one day to the next, as well as from one season to the next. The frequency of the periods of inappetence grows generally in the cold season due to the increase of the frequency of occurrence of acute respiratory illnesses, and not only. In the spring, the number of persons affected by anemia increases, including lack of appetite and clinical manifestations.  In the summer, there may be a decrease in appetite, but most of the times this will associate with an increased ingestion of liquids due to massive losses of water.

8 Causes for Loss of Appetite in Children

Particular avitaminoses and mineral deficiencies might lead to loss of appetite when children are involved. We mostly refer here at the iron and zinc deficiencies and lack of vitamin B12. Vitamin B12 can be found in beef, chicken or turkey meat, dairy, fish or liver.

Hepatitis A virus infection appears in poor hygienic conditions, by faecal-oral contamination from persons who are infected through dirty hands.

The recovery takes place in a few weeks, but there may appear hepatic insufficiency complications.

This is an chronic inflammatory disease of the digestive tract, characterized by abdominal pains, weight loss, astheria, inappetence, fever or malnutrition.

Appendicitis, a frequent condition of children and adolescents, can be another cause of inappetence.

Anorexia nervosa occurs usually in teenagers, but also in children, especially girls, being an eating disorder that is characterized by improper nutrition due to some wrong opinions related to their own weight or refusal to eat.

These persons feel themselves overweight in the conditions in which their weight is under normal levels.

Parents are able to help the children if:

Anorexia can accompany other mental and behavioral disorders, such as drug consumption, anxiety or depression.

Gastroenteritis are common conditions in children, usually caused by a viral and bacterial infection, which produced the inflammation of the digestive tract. The most common signs are: vomiting, diarrhea and nausea.

To these, other signs may include: lack of appetite, abdominal cramps or pains or fever. The treatment is symptomatic:

Celiac disease is a genetic condition which affects the intestinal absorption and digestion of particular nutrients, cereal gluten being one of them.

Don`t give your child lots of multivitamin complexes without getting the doctor`s advice first, because these may lead to weight gain. – More info!

If you didn`t notice in your little one infectious manifestations (fever, vomiting, diarrhea or rashes), then you should really visit a doctor to try Baby Care Apetit (12 ml syrup, a 100% natural product, specifically designed to increase appetite in children over 1 year).

How to Administer Baby Care Apetit?

One teaspoon (5ml) of syrup 3 times per day, at least 15 minutes early than the meal.

The administration of this product leads to an improvement of appetite, supports the digestion, improves the ability of concentration and memory, increases the physical performance and accelerates the recovery process of the organism after consuming illnesses. – Learn more!

Besides the administration of this syrup, you should pay attention to the non-specific measures of excluding inappetence:

What Is An Ovarian Cyst? Symptoms, Diagnosis & Treatment!
What Causes Autism During Pregnancy?
What Are Some Of The Causes Of Aggression In Children?
Top 20 Female Demon Names!