So, menstruation is that reminder that every month our body is able to reproduce, which basically it`s a wonderful thing! Unfortunately, this also brings a few not-so-fun signs, which include feeling gassy before period. 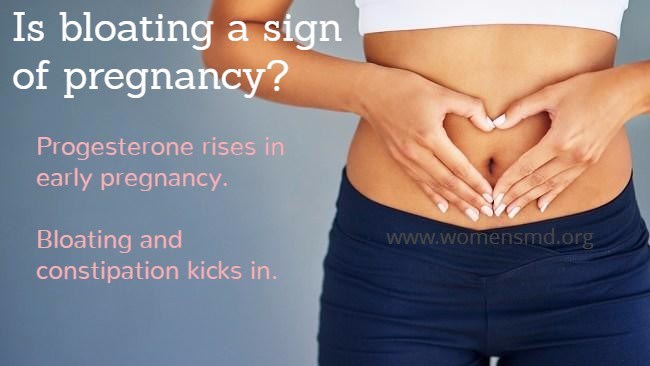 Obviously, the most straightforward answer you can get regarding this issue is that these particular signs you are experiencing are happening because of chemical substances and hormones.

Is Feeling Gassy Before Period Normal?

Flatulence, or fart, occurs when the gas builds up in your intestines and goes out through your anus. This is a completely normal part of your digestive system, and takes place due to the breakdown of foods in the intestines and swallowing air. Although lots of people have a tendency to consider flatulence a symptom of too much amount of gas in the digestive system, in fact this rarely happens.

What Causes Gases before Period?

Period surrounds issues like gases and diarrhea. When constipation occurs, there`re increased chances for flatulence and gases to appear as well. The bloating phenomenon is one that is very closely associated with increased issues associated with the digestive system.

Still, do you have any idea why or how these issues are “designed” each month and do you need to have patience with them?

Hormonal imbalance represents the answer to this question. These particular signs are triggered by the imbalances of hormones which happen in the body of a woman each and every month. High prostaglandin levels lead to pain which women experience when they have muscle contractions and uterine cramps.

The excessive prostaglandin levels represent the ultimate offender to have caused issues, like flatulence, diarrhea as well as other disorders related to the digestive system. The contractions and cramps caused by the inconsistency of hormones are probably the most unpleasant and continue for the most part of the woman`s cycle.

For certain women, the gassy feelings might extend 4 days before their period, until the 1st or 2nd day of menstruation. For some of them, the issues start when their cycle has started and continued up until 3 days of the cycle. This will usually depend on their levels of hormones, which is different from one woman to another.

Women with gassy issues are found to experience troubles with their digestive system as well, therefore leading to bloating or constipation.

Is Being Gassy an Early Sign of Pregnancy or PMS?

For lots of women, before their period get in their way, they start having various symptoms. Frequently, breast swelling, cramps or acne are felt by many women of all ages before menstruation begins. Besides this, bloating and gassy sensations might be a symptom of period being near as well.

While these particular symptoms are frequently encountered before period, expecting mothers might have these specific signs before missed period. So, if you are feeling gassy before menstruation, it may very well be a sign of pregnancy.

Keep in mind that progesterone slows down the bowel movement past the gut. As the menstruation is near, there`s sudden fall in the level of the progesterone hormone and then, it`s completely normal to have symptoms of diarrhea before or even during menstruation because of the improved intestine motility.

In early pregnancy, the levels of progesterone aren`t slowed down at all, leading to a continued action of the gut muscles with flatulence and constipation.

The truth is that the changes of hormones lead to distinct signs during early pregnancy, and while diarrhea and constipation can consist an unusual pregnancy symptom, it isn`t really accurate to tell whether you are expecting a baby or not.

Why Are Gases before Period So Bad?

It is an open paradox among women who experience gases before their menstruation that this has a tendency to be evil-smelling. There is also a hormone-related cause for this.

The fluctuations of hormones over the 2nd half of a woman`s cycle may affect the balance of bacteria in the gut. If mixed with a deceleration of digestion, this will mean the food will get fermented in a distinct manner, which results in unpleasant farts.

Related: What Can I Do If My Baby Is Constipated?

Normally, lots of women have constipation before their period, and this goes away within the very first few days of menstruation. According to EverydayHealth.com, in general women who have diarrhea during cycle normally get it once their period has began, and it generally happens in the first 3 days of your period.

There`s a study that discovered that women with IBS, which is short for irritable bowel syndrome, are more prone to have digestive disturbances during periods in comparison with women without chronic bowel issues.

Not all women who have gastrointestinal issues during period have irritable bowel syndrome, but it is definitely something you`ll want to talk with a physician if your signs tend to be extreme. Anytime your signs are excessive, or you`re having bloody tools and excessive pain, you have to get in touch with a doctor for further treatment and workup.

Gassy before Period Won`t Harm You

If you experience gassy feelings before period, you can be sure you are not alone in this. This is only one of the many ways the body answers to the changing balance of hormones of your cycle. It may sometimes become a bit unpleasant, but you shouldn`t let it concern you that much.

Maintaining a good balance of healthy foods that are easy to digest and gut bacteria may improve your chances of reducing gassy feelings before periods and aid you into feeling better.

How to Reduce Gassy Feelings before Period

Is there a method to effectively manage gassy sensations before period? As a matter of fact, this is your lucky day because you won`t simply have a single solution that you can use, but several that you can choose from to test and see what`s suitable for you.

You should practice physical exercises on a regular basis, not only because it makes you feel great, but it`s better for your digestive system. You`ll most certainly enjoy yoga, meditation, aerobics and pretty much anything to practice to move your body.

Medicine is also a rather useful method, but you should only resort to it if other options aren`t available.

Firstly, pay attention at what you put in your mouth. Be certain you consume enough fibers and try to avoid any types of food which include too much spices, salt, caffeine or sugar. You should also get rid of processed and dairy foods.

You should also avoid potatoes, beans, potatoes or cauliflower, and just about anything it may give you sensations of gases. Be certain you`ll consume lots of water, as this diminishes the existence of gases and aids with bowel movement.

Medications, such as Advil and Aleve, will help reduce the prostaglandin levels, but it will probably only help you for limit periods of time. You`ll need to be careful not to overdo it with these drugs as well, because they might become dangerous if you abuse of them.

If you experience from asthma, bleeding abnormalities or ulcer, do not even attempt to take them as they aren`t advisable in such situations.

11 Weeks Pregnant
What's The Difference Between Identical And Fraternal Twins?
11 Dump Mistakes That Might Get You Pregnant!
How Much Zinc Is Safe To Take During Pregnancy?