Ammonia represents a chemical compound which is formed from a nitrogen atom and 3 hydrogen atoms. Its name comes from ammonium chloride, which was first found in Egypt. Its state is gaseous, has the chemical properties of a base, and is lighter than air. 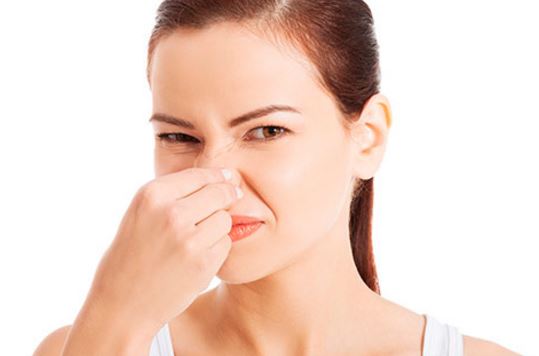 How Does Our Body Process Ammonia?

Because ammonia is a pretty high water-soluble gas, it dissolves in our nasal passages, in the end it`s swallowed and reaches the stomach. A small portion of inhaled ammonia reaches our lungs. From either to stomach or lungs, the ammonia then gets into our bloodstream. Keep in mind that consuming a large quantity of meat leads to an increase of ammonia amount in our blood.

Our human body uses ammonia for lots of different reasons, which include a normal pH for life. Ammonia is generally processed in our muscles, kidneys or liver, where it`s also transformed into glutamine or urea. Our liver has the capacity to transform about 130 g of ammonia into urea each day (typically, it transforms around 1/8 of this amount).

The main way of ammonia being eliminated from our organism is as urea through urine; however, it`s also eliminated through breathing (0.1 – 0.3 ppm). Our human body is able to cope with a relatively large ammonia exposure. This particular process of urea formation is very important for the human organism as increased ammonia levels in our blood leads to our cerebral activity and acid-base balance being affected.

When it comes to physiological pH, ammonia is present almost completely as its ionized form. Hyperammonemia represents the result of functional and structural medical conditions of hepatic nitrate metabolism.

Is It Safe to Be Around Ammonia While Pregnant?

There`re no studies yet on the effects that ammonia exposure has during pregnancy. But just as with all chemical substances, unnecessary exposure to ammonia while pregnant needs to be avoided because of lack of info regarding safety. When exposure should be expected to happen, it shouldn`t get beyond the recommended limits as well as not associated with any toxic signs. For the moment, there`s no indications whatsoever that normal use of cleaning products which contain this chemical substance constitutes a hazard.

A toxicity of the mother is very likely to be an important determinant of fetal risk, following acute exposure to ammonia in a pregnant woman. Still, because of lack of research related to the teratogenicity of ammonia, for now it isn`t possible to say that the absence of toxicity in the mother will exclude the likelihood of side effects on the developing baby. Treatment should be the same as any other patient.

Any exposure to any pregnancy stage wouldn`t generally be seen as medical grounds for pregnancy termination. If any toxicity in the mother is obvious, possible fetal monitoring might be recommended, especially if the exposure has been associated with hypoxia in the mother. In these situations, a discussion with UKTIS is advisable. Additional risk factors might be present in individual situations which might increase the risk of pregnancy complications independently. Clinicians should be reminded of the big importance of consideration of this kind of factors when accomplishing risk assessments regarding specific cases.

How Can Ammonia Affect Children?

Children are usually less prone to be exposed to high amounts of ammonia than adults, due to the fact that most such exposures happen in occupational surroundings. However, children can be exposed to ammonia gas from leaks or spills from ammonia pipelines and tanks in the very same manner as adults, especially when talking about farms where ammonia is used as a fertilizer. The little ones can be exposed to solutions of dilute ammonia from cleaning products that contain this substance as well.

The odds are for the effects of this chemical substance to be similar as for adults. Ammonia is considered an irritant, and the gas and solution might lead to burns of the mouth, skin, eyes, and even lungs. If a leak happens, children might be exposed to this substance for a longer period of time than adults due to the fact that they might not leave the respective area immediately. – Find out more!

There`s no evidence whatsoever that exposure to high ammonia levels from the environment leads to developmental effects or congenital abnormalities. It isn`t known if this chemical substance can be passed from the mother to her fetus through the placenta or from a breastfeeding mother to her infant through breast milk. There`s a study performed on animals that outlined that the mother`s exposure to high ammonia levels while pregnant led their offspring to be rather smaller than normal; however, this happened at ammonia levels which affected the mothers as well.

What Happens when Ammonia Levels Are Too High?

The human liver might now work correctly if you experience high ammonia levels in the blood. Ammonia represents a chemical substance produced by bacteria in the human intestines and the organism`s cells while the human body process protein. The body will treat this chemical similar to a waste product. As already mentioned above, it will turn ammonia into an amino acid, known as glutamine, as well as a chemical compound, known as urea. The bloodstream moves the urea to the kidneys, where it will be eliminated through urine.

Excessive ammonia in the organism might lead to psychological issues, such as tiredness, confusion, as well as even come or death.

How Can We Reduce the Risk of Exposure to Ammonia?

If you are pregnant or have children and the doctor discovers that you`ve been exposed to important ammonia amounts, you should ask if your baby or children may be exposed as well. The doctor may have to talk your health provider for further investigation.

What Happens to Ammonia when Reaching the Environment?

Ammonia doesn`t last too much in the environment! It gets absorbed by plants, animals and bacteria; it also serves as a nutrient.

Among the most important pollutants based on ammonia are pig and chicken farms. These farms account for over 70% of total emissions of ammonia, according to the latest research from U.E.

What Tests to Use to Determine if You Have Been Exposed to Ammonia?

There are medical tests which measure the level of ammonia in urine or blood. Still, these particular tests wouldn`t perhaps tell you if you`ve been as ammonia is typically found in the organism. If you were exposed to excessive ammonia amounts, you`ll probably be noticing it right away due to the strong and unpleasant odor, the strong taste, as well as due to the skin, throat, eye or nose irritation. – Click this!

When It`s Best To Adopt A Child?
How Often Should You Change A Tampon?
Smoking During Pregnancy: Risk Factors & Tips for Quitting!
APGAR Score`s Parameters & Meaning!